Last night I revisited a couple of episodes of ALFRED HITCHCOCK PRESENTS, among them the Robert Bloch-scripted “The Greatest Monster of Them All.” 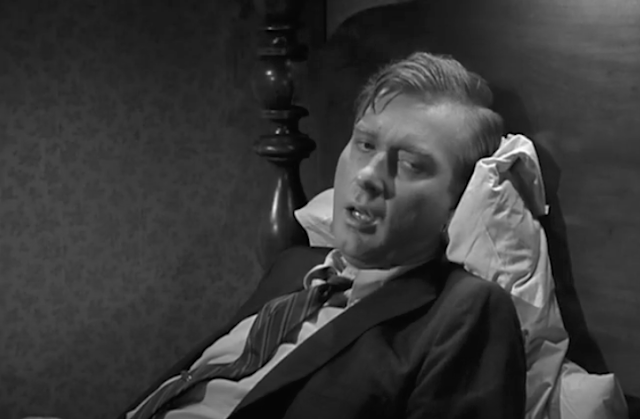 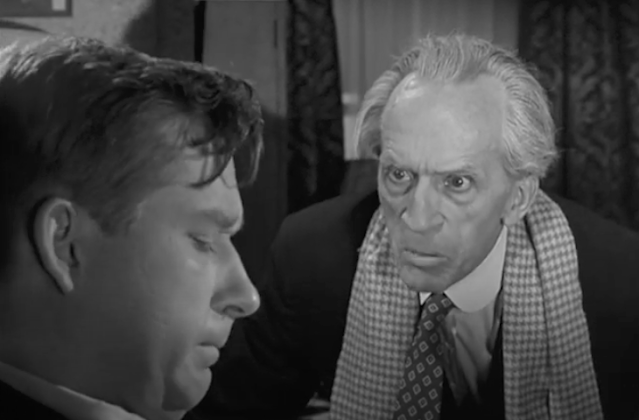 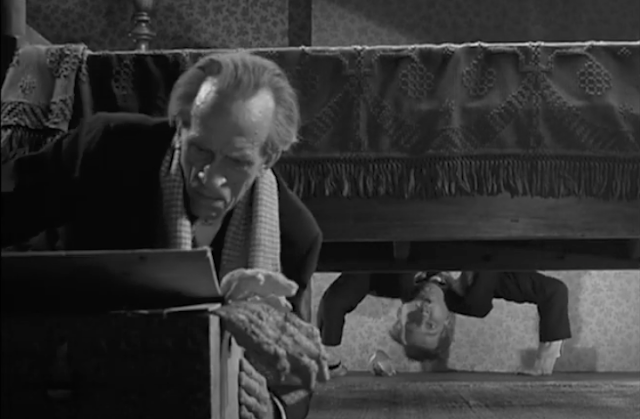 This episode, directed by Robert Stevens, is about a trashy independent production company specializing in cheap horror pictures, as exemplified by disguised campaign art for Universal’s MONSTER ON THE CAMPUS and THE MONOLITH MONSTERS scattered around the office of producer Sam Jaffee. For their next picture, they decide to bring back ancient horror star Ernst von Croft (Richard Hale), who remembers making some of his greatest pictures at this studio (Universal, I presume, not the AIP wannabe). Von Croft is obviously a spin on Karloff but, to make matters more vague, he is depicted as having found fame playing vampires, à la Lugosi. He makes the picture, only to discover at the preview screening that the company has turned his masterpiece into a joke by having Mel Blanc loop all of his dialogue with the voice of Bugs Bunny!

What leaped out of this episode for me was the following scene, when the equally betrayed screenwriter (William Redfield) gets smashed and pays a visit to the rooming house abode of a very depressed Von Croft. The actor “never drinks,” but Redfield is smashed enough for the two of them as they settle into a rueful conversation about the shabby state of modern horror.

This short scene (which Redfield overplays shamelessly) now stands as a remarkable premonition of the drunken scene played by Boris Karloff (as horror star Byron Orlock) and Peter Bogdanovich (as director Sammy Michaels) in TARGETS! In the scene, Orlock is determined to retire, feeling that his brand of old-fashioned horror can no longer compete with the real-life horrors of the world in which we live. Sammy wants him to star in his next picture. In the HITCHCOCK episode, it is von Kroft who tries to convince the young screenwriter that he is still relevant, but he's preaching to the choir; the Redfield character feels just as betrayed by the final cut as the film's star. 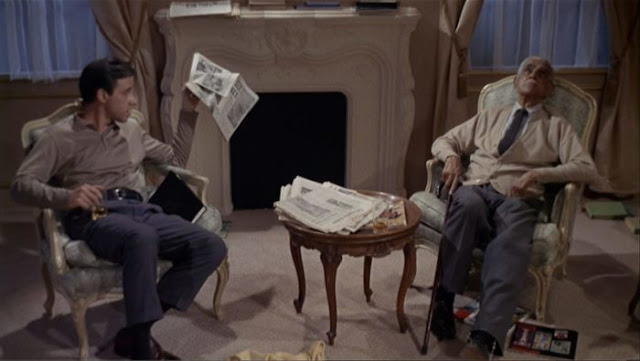 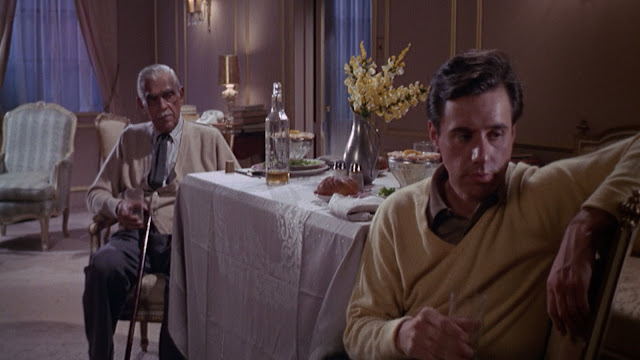 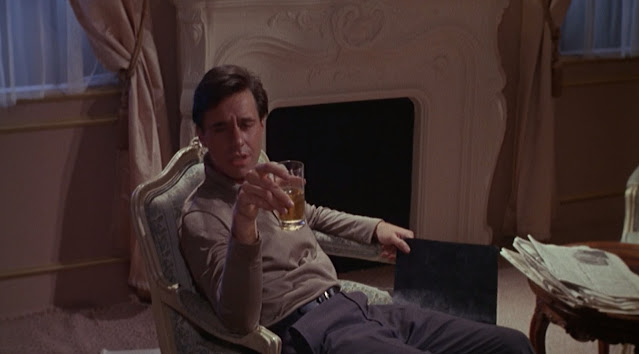 Had Bogdanovich lucked into this episode while spinning the dial one night, while trying to think up a plot for the new movie Roger Corman invited him to make, making use of footage from THE TERROR and a few still-owed days of Boris Karloff’s time, this episode would have handed him half the idea for TARGETS on a silver platter!

The inspiration for the other half, the story of the sniper, came from the Charles Whitman sniping murders in Texas, as is well-known.