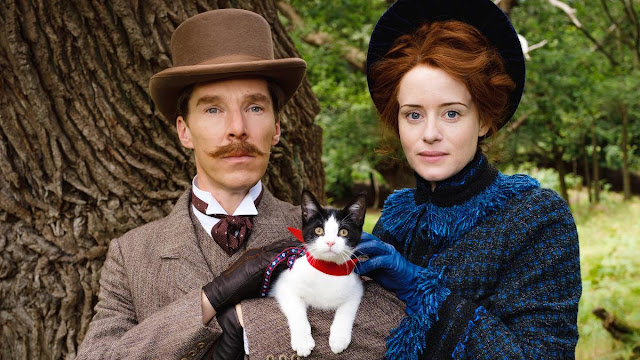 THE ELECTRICAL LIFE OF LOUIS WAIN (2021)

This Amazon Prime offering is an exquisite biopic of the British cat caricaturist of the early 1900s, starring Benedict Cumberbatch and THE CROWN's Claire Foy. Though its pacing is anything but frenetic, it captures something of Ken Russell in its approach to the material, which is charming but also winningly eccentric, and ultimately psychedelic and abstract - and quintessentially British. Russell's influence is tacitly acknowledged by the casting of Phoebe Nicholls, the child in WOMEN IN LOVE, who is cast all these years later as the Wain family mother. This may be the only new movie I've seen this year that I would call a masterpiece; it's sweet and cute, caustic and tragic, surreal and unabashedly romantic. I even liked the CGI work in it, and the old age makeups are perfectly done. Donna and I were also thrilled by a strange coincidence: the day we watched this, we mailed a copy of my new SECRET LIFE OF LOVE SONGS book to Nick Cave (who helped inspire it); I was also working on an H.G. Wells-related audio commentary at the time and, when Wells turns up as a character late in this story, he was played by - of all people - Nick Cave. (This was actually a double whammy, as we last saw him turn up unexpectedly in WINGS OF DESIRE on the day the first copies of my book arrived from the printer.) I appreciate and always take note of coincidences like this, as they make me feel I must be on the right track. 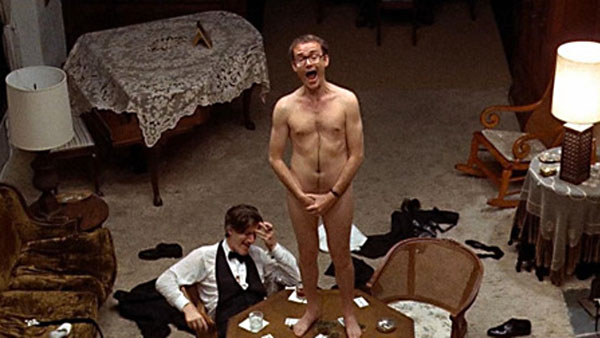 I find myself on a 1971 jag, trying to catch up on the 50-year-old films I've somehow missed seeing over the years, because they are almost always worthwhile - plus, they give me the feeling there's at least another 50 years to look forward to! This early film by Milos Forman, a generation gap story of sorts, was photographed by Miroslaw Ondricek, who subsequently shot Lindsay Anderson's O LUCKY MAN! (1973), and it's enlightening to see how they both tell their respective stories while cutting away to people performing live music. In the case of O LUCKY MAN!, Alan Price's songs represent a kind of Greek chorus to the story, while in this film the emphasis of the songs and storyline is on communication, the need and failure to communicate, to express oneself. I was also surprised to recognize an instrumental version of Mars Bonfire's "Faster Than the Speed of Life" playing in the luncheonette scene. It had previously been covered by Steppenwolf on their second album, so I guess this counts as Steppenwolf muzak! 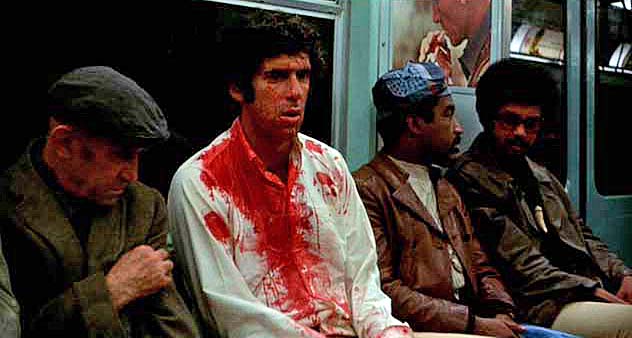 Alan Arkin's directorial debut was a first time viewing, courtesy of the Criterion Channel. I liked this one very much for the most part; it feels a bit overlong, and has a few gratingly self-indulgent scenes in the last half hour particularly (one featuring the director, though playing this part was probably helpful in terms of allowing him to direct), but there's a whole feature length chunk of it that's brilliantly written and played, smart and sardonic and very funny. Elliott Gould, Lou Jacobi, Donald Sutherland, Vincent Gardenia - all wonderful. As is Elizabeth Wilson, who has been turning up in a lot of my viewing this year - she was also a regular on EAST SIDE WEST SIDE episodes, which I've been watching. I've always enjoyed her as a comic actress so I've been impressed to see what she can do as a serious dramatic actress. I'm acquiring a funny sort of crush on her. She's perfect in this. 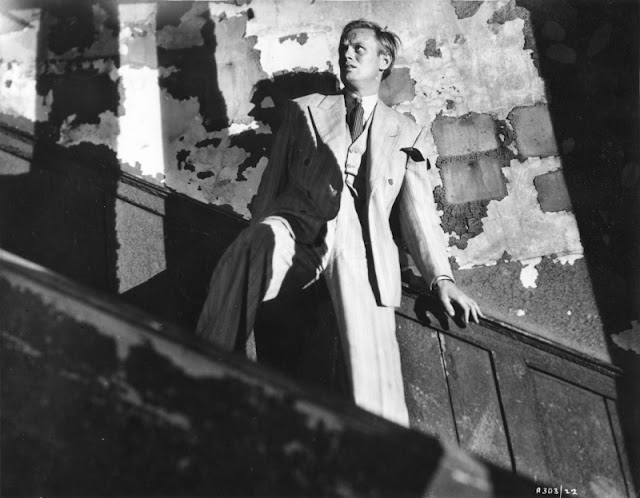 Another Criterion Channel discovery. How on earth has this eluded me till now? A masterpiece, top to bottom, with a killer cast: Richard Widmark (at his very best), Gene Tierney (in a small but key role), the delectable Googie Withers, Herbert Lom (at his most villainous AND moving), Mike Mazurki, Hugh Marlowe (it felt like the first time I've ever seen him play a real human being), Francis L. Sullivan in a touching tragic role, and the incredible ex-wrestling champion Stanislaus Zsybyzko. Based on a 1936 novel by Gerald Kersh, the film is set in a highly expressionistic, near surrealistic postwar London, featuring a number of Dickensian characters and intrigues. I was under its spell from the very first shot and the spell was never broken. I want to check out Glenn Erickson's audio commentary (from 2004!) very soon, which is also on offer at Criterion. 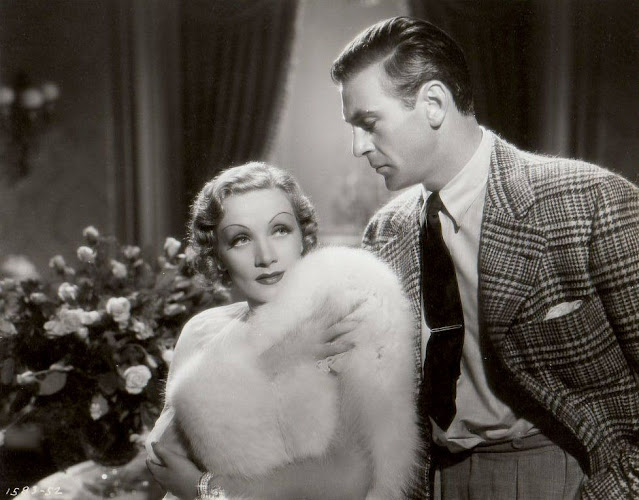 This Frank Borzage film, produced by Ernst Lubitsch, is an utterly winning reunion of the two stars of 1930's MOROCCO, Gary Cooper and Marlene Dietrich. Cooper's a guiless American taking his first vacation abroad in Spain (he's read every book about Spain there is) and Dietrich is introduced as an accomplished jewel thief, a kind of female Fantômas (her actual backstory, which comes out later, is somewhat different to that) - the two of them perfectly aligned for the proverbial "cute meet." The story may be far-fetched but it's told with such humor, flair, and style, who cares? Inexhaustibly charming entertainment, and there is nary a shot in which Dietrich looks anything less than a goddess. A couple of times I couldn't help but laugh because her Travis Banton costumes were such outrageous "lounge about the villa" wear. The supporting cast includes a dark-haired William Frawley, a young and impeccable Akim Tamiroff, and Colonel Sebastian Moran himself, Alan Mobray. My favorite Borzage now. Available as a beautiful Blu-ray from Kino Lorber.

This exotic heist thriller from Netflix stars Dwayne Johnson, Gal Gadot, and Ryan Reynolds, whom I quickly wanted to gag. A $200,000,000 international production, at least as lavish as the latest Bond, but thin, jokey stuff patently made for 18-20 year olds who favor the kind of wit that involves trivial references you need to be at least 50 to understand, if not impressed or amused by. As often happens in today’s action movies, no one can fall from a high precipice without 10 other fast things happening on their way down. I hate that. There was a 30 minute stretch of excitement that was so monotonous we both fell asleep. The ending warns us they are thinking sequel. 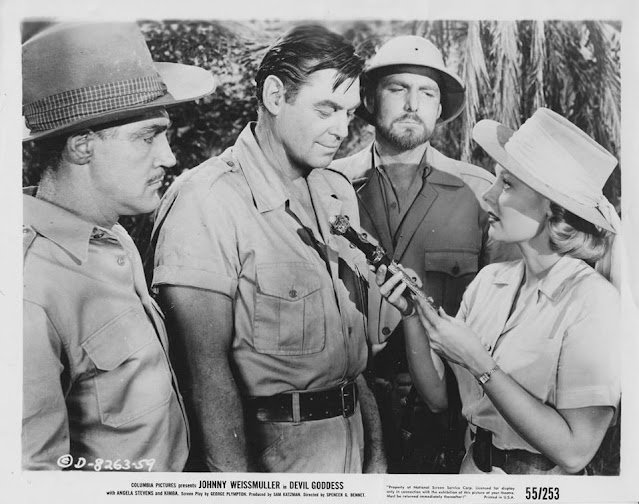 I finally completed a memory-refreshing viewing of my three-volume JUNGLE JIM COLLECTION from Australia's Umbrella Entertainment. For the last three films in the set, producer Sam Katzman chose not to renew his contract with King Features (which held the rights to the JUNGLE JIM comic strip) and had Johnny Weissmuller play a fantastic version of himself, living in the jungle and working as a guide for various scientists, archeologists, and n'er-do-wells. Sad to say, this last title in the series finds Johnny leading a compact expedition in search of a lost scientist, who is found living on a dormant volcano (obviously, it eventually wakes up) and misrepresenting himself to a native tribe as a lightning-throwing god to be worshipped. Though only 68 minutes long, the film is shamelessly constructed around recycled scenes and stock footage from at least five of the previous JUNGLE JIM movies, all of them made within recent memory given that the first film in the series was released in 1948!